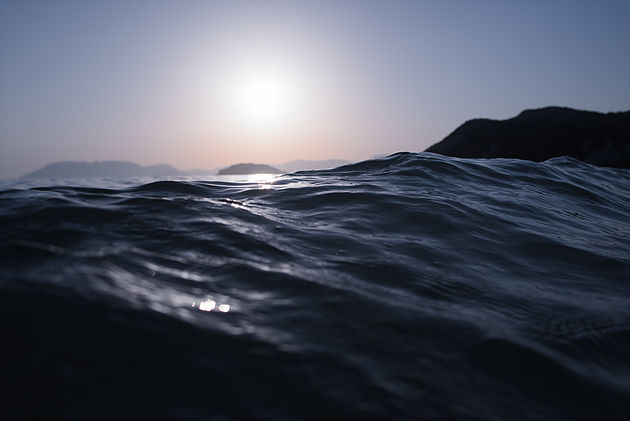 The hand of God is so strong, and His wisdom is so admirable, that He turns to our profit and advantage not only the evils which are caused by cross events, or by the world, but those which we commit ourselves, and that seem to be contrary to our salvation, even those which we are guilty of. He changes these poisons into medicine, these scandals into edification, and from the thickest darkness He brings out light. – Timothy Rogers, Trouble of Mind

As a single woman I have had the flexibility and freedom to travel extensively over the last 15 years. I’ve gone on dozens of mission trips, even living in Romania for a semester and spending a summer in South Africa. I’ve been able to pick up and go visit my sister and her family regularly. And I’ve enjoyed attending conferences around the country that have benefited me greatly.

Five years ago this May I was preparing for one of my many trips – a particularly exciting trip! I was taking a 10-day vacation to California. The purpose was two-fold. One, I was participating in a graduation ceremony upon completion of my master’s degree (a remote program where I only went on-campus several weeks each year). And second, some of my best friends were living in the area while attending seminary. I had spent the last several years flying back and forth 2-3 times annually to attend my classes, while also welcoming three new babies that were added to their family, and celebrating holidays and birthdays with them. My love for travel had continued to grow and I was looking forward to this trip months in advance. Nothing could have prepared me for the surprising trial that unfolded leading up to my trip, and continuing for some time after it.

My mom had endured a bout of cancer in 2010, and soon after she began to recover, a time of great personal distress descended upon me. The months leading up to my trip were marked by severe emotional and spiritual upheaval, in addition to a prolonged illness. Needless to say, I was a wreck by the time May of 2011 rolled around. For a variety of reasons that are better left private, I felt isolated and depressed, and even a bit paranoid. Living alone made it easy for me to become swallowed up by these torments. I wasn’t sleeping well. I awoke many days wondering how I would even put my feet to the floor and drag myself into work. I thought I was being punished for unconfessed sins or reaping the consequences from past rebellion. Or that maybe God just didn't love me very much. I was disappointed, hurt, and greatly perplexed. Many nights, I pled with the Lord to remove this trial and begged him to sustain me in the meantime.

Sometimes, all I could manage was to call out the name, "Jesus". I was fighting to maintain a sound mind. Suffice it to say, I was ready to get out of dodge. I hoped time with my friends in California would be a respite for my weary soul. During this season of darkness, they had received many late-night phone calls from me. Their love and care for me had been one of my few sources of encouragement.

The trip out there was a breeze. One of my girlfriends flew with me, joining me for the weekend of graduation festivities. The distractions were a welcome refreshment to my battered spirit. After the celebratory weekend, I stayed an additional week to rest and enjoy the company of my friends. It was during this time that I received a final blow of news during a phone call from home, leaving me nervous and even frightened about returning. I felt alone, betrayed, and terrified of what others thought about me. Although I smiled and laughed during the last couple of days with my friends, I was plagued with anxiety about going home. At the time, I wasn’t concerned about a potential issue with the flight home, simply with the idea of actually being home. Going back seemed unbearable to me.

After that trip, the next time I planned to fly somewhere, I was surprised to feel myself becoming nervous weeks in advance. At first I didn’t make the connection. I was perplexed by this sudden fear of flying and tried to blow it off. But each time I was faced with flying again, I was gripped by anxieties. I started coordinating trips either with my mom or by car instead. My fears dictated my travel plans. I felt claustrophobic simply being in the car on the way to the airport. My preparations for such trips took on a new course. I prayed. A lot. I made cards with Scripture on them to give me something to focus on during the flight. I compiled playlists of reassuring tunes. I strategically plotted my seat on the plane so I could be on an aisle near the front, hoping this would alleviate some of my distress. Panic dominated my thoughts in the days leading up to the departure: What if I get sick? What if I start crying in front of strangers? What if I get trapped in a window seat? What if there’s awful turbulence? What if the plane starts to go down?!

I also noticed that I felt uneasy and awkward around people in general during this time. I thought my friends and those who cared about me were secretly judging me all the time. I began hiding my true thoughts and did my best to always be on board with everyone around me, flying as far under the radar as possible. I always drove myself places so that I would not be trapped anywhere at the mercy of whomever I rode with; I wanted to have an escape plan everywhere I went. I began staying home more and more, avoiding social settings altogether.

It was a long and painful year. At times, I thought it would never end or that my only hope for reprieve would be to move far away and start over. But thankfully, God had other plans. Finally, slowly, the Lord restored my soul. He took the broken pieces of my mind and heart and sealed them together again. Just in a different way. Some of the pieces didn’t need to go back the way they once were. They needed to be reshaped for the next chapter.

The heartbreak of those months, while painful, was the beginning of a long walk in change. Prior to this whole experience I typically examined myself in light of what others thought of me. My emotions were constantly fluctuating based on what I thought others were thinking about me. Fear of man and prolonged introspection are not good motivators for change. Wondering about others’ suspicions and accusations will not produce genuine and lasting spiritual fruit.

Do I still get nervous about flying? Sure. Do I find myself wondering what certain people think of me still? Yep. Do I sometimes wish the hurts and dark nights of that season never happened? No. And that doesn’t mean I would wish those same things on someone else for the sake of a lesson learned. But for me, it was God’s goodness toward me. It was during this time that I began to know and cling to Christ in ways I never had before. For the first time, I began to truly grasp the gospel and how it still applied to me as a Christian, not simply in becoming one. He showed me that my identity rested exclusively in him and that fearing man was a denial of that truth. And I slowly began to know with absolute certainty, that I was loved. Loved in a way unlike any other love I’d known.

During those days when Christ’s presence seemed only a shadow, one of those far-away friends wrote these words to me: This season may be ugly for you right now, but one day it will shine as an expression of God’s supreme love for you – a love so great He will stop at nothing to draw you closer to Himself and remove the distractions of this fallen world. Take heart, friend. As the angel told troubled Daniel, “You are greatly beloved by God.”

Psalm 46: 1-3
1 God is our refuge and strength, A very present help in trouble.
2 Therefore we will not fear, Even though the earth be removed, And though the mountains be carried into the midst of the sea;
3 Though its waters roar and be troubled, Though the mountains shake with its swelling. Selah and
10 Be still, and know that I am God; I will be exalted among the nations, I will be exalted in the earth!

Handle With Care | A Book Review

The "D's" of Christmas

Handle With Care | A Book Review

The "D's" of Christmas

A Call to Ministry

The darkness of grief